HAWAII 2013 TRIP is ending today! What can we say about these lasts days? We spent awesome days together, having fun, learning, getting to know each other and visiting unforgettable places! We would like to thank the students, the coordinators/monitors, chaperone, drivers and suppliers! We truly hope you have enjoyed this trip and left home with great memories and new friends. See you now at the East/West Coast trip!
Regards,
Terra North America.
Posted by Terra Brasil at 10:05 AM 1 comment: 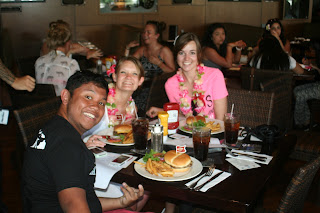 Our last night was fun, some people went to bed early so they could wake up early and be prepared for the last moments in Honolulu, others went to bed late enjoying the last hours of the night, and Robbert, known as Iron Man, was saving the world with an iron on/in his hands. Next day we went to the hard rock cafe to have lunch and vote for the Hawaii 2013 awards!! Some people won a lot of categories and others didn't won, but sometimes it's better if you don't win than be the winner for worst singer and least punctual like Fred... Shame on you!! Afterwards we had free time to go around Waikiki beach for the last time. Oh my goshhhh!!! Really? One week it's not enough! We all became so attached to each other in just one week and now we have to go to different parts of the world, so far away. 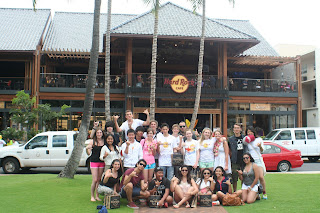 Arriving at the airport some people were crying and others trying to hold themselves and be strong, everyone hugging everyone a thousand times and wishing the best for each other. Almost all of us were complaining because we got sun burned but at that moment we didn't care much at all. So many laughs and so many stories, I will never forget any of you guys. Thanks a lot to Fred, Kiersten and Dennis! Thank you guys for being awesome and making this an unforgettable trip. Going to Hawaii wasn't just about learning about their culture but also building up an international Ohana which means family and family means never forget or leave behind.
The fact that we can't just wake up and go to the beach all together it seems to be unreal but we are still young and a lot of things will happen in our lives. Hawaii meeting in 5 years maybe? West coast trip? World Cup in Brazil?  The doors are open, we just need to choose a good one and push it!! Love you guys! See ya.
Giovanna Barne 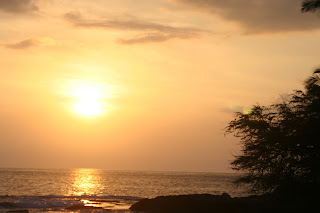 Today being our last day of our trip, we had free time almost all day. We went again to Denny’s to get breakfast and many people went to the beach and enjoyed the beauty of Waikiki beach. It’s kind of funny because many people got sun burned and they can’t move their bodies. Other people went surfing and enjoyed the lessons. It’s amazing how we, the exchange students, could enjoy this day. Being at the beach and afterwards we enjoyed the Luau place which was pretty cool. We could learn about the Polynesian 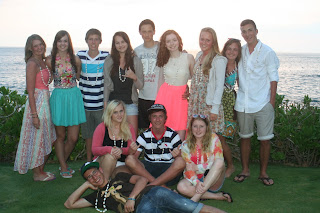 culture and their respective dance. It’s something new for many of us and even though we don’t know how to dance, we tried and it was very fun. I think that many of us are sad because we have to leave tomorrow and it’s been a week of amazing stuff. Such as being with other people from around the world and doesn't matter if we don’t know each other. We are just exchange students and we enjoy anything as long as we are sharing and laughing.

Posted by Unknown at 1:30 AM No comments: 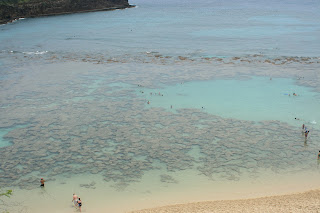 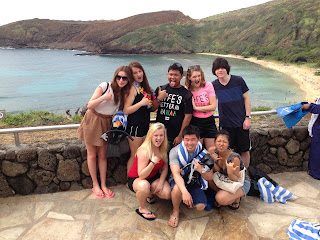 Today we went snorkeling at Hunama Bay Nature Preserve. We got there by vans and when we got off we saw a big coral reef. After the short video they let us go to the beach and start snorkeling. Things that we saw there were so amazing: different colorized fishes, sharks, turtles, etc. After that the vans picked us up and dropped at the hotel, most of the people left to the mall half an hour later, some stayed to take a shower and get some food. People who stayed longer went to the mall by trolley. Everybody met at the Bubba Gump restaurant and then everybody made their orders and ate a good dinner.

After dinner we had a talent show! Everybody showed their talents, we had people who sang a song, did a short sketch, danced, and we had me - Rob with popular "oh my gosh", "really", and back flip, and making people laugh without saying anything, and Polish rap and,etc. after that we had some free time to mess around the mall. We met again in the front of the dinner place and we went to take a trolley bus back to the hotel. The ride that we took was awesome, we waved, and screamed to the people who did the same thing to us. Bus dropped us off at the Waikiki beach, we had some time to hang out up there. Then we came back to the hotel and that's it!

Wysłane z
Posted by Unknown at 3:42 AM No comments:

The day started with a big surprise: Breakfast at Denny's, once again.
We then took the bus to Pearl Harbour a war memorial dedicated to the soldiers who lost their lives in the attack which introduced America into WW II. During our visit we saw an interesting short film and took a short boat ride to see the remaining true remnants of the ships who were sunk during the devastating attack. 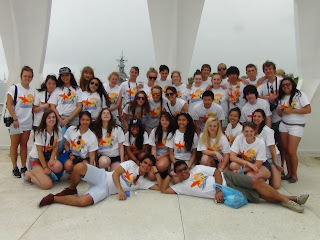 After we went back to the hotel on the way having a little bus party, lots of music, dancing, singing and energy burning!

In the afternoon we had free time which many people used to go to the pool. Since it rained today that was the only swimming some of us did!

After what seemed like a long walk we had really worked up an appetite, which was lucky considering the size of the meal that was to follow. We went to a real American diner where we chose our dinner and I can say my Crispy Chicken Burger was gooood! 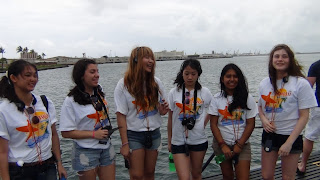 We had free time for the rest of the evening which a big part of us used to go to the beach.
And because we are cheeky monkeys we have to go to bed a bit earlier tonight...

Pictures of this trip

CLICK HERE to see the pictures of this trip here
Posted by Unknown at 4:00 AM No comments:

The day we all expected was arrived: surf lesson!
Our day started early in the morning. We took the bus to the beach and the bus driver told us the must knows about Hawaii. While we were driving to the beach we almost had a huge car crash! A car drove on the wrong side of the street and hit the bus, 5 people died plus one cat and 6 are in the hospital.. Just kidding, only the bus had a little damage. After the shocking happening, we arrived and got some surf lessons. We were divided in 3 groups and everyone tried their best to catch some waves in Hawaiian ‘hang loose’ style. It was awesome! 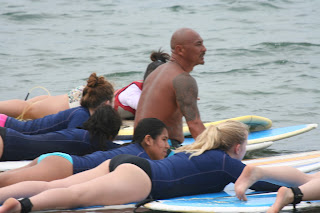 Each group had a lesson that was long one hour. First we needed some instructions because the most of us didn't ever touch a surfboard before. They told us to watch out for the turtles because they can rip up your leg if you’re not careful enough. She didn't even tell us the whole story and then a huge turtle showed up. O M G! But no… nothing happened, it was awesome to see such an interesting animal so close! While the third group was surfing it started to rain, but it didn't stop them. The water was warm enough anyways. Meanwhile one group was surfing, were the other two groups chilling on the beach, looking for turtles, playing with the volleyball, showing skills with soccer and tried to get tan even though the clouds were everywhere. Sounds as a lot of fun, and that’s right. 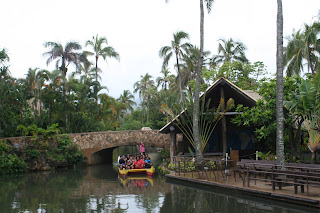 Afterwords we went to the Polynesian Cultural Center where we explored the origin of Samoa , Aotheiroa, Fiji, Hawaii, Tahiti & Tonga. It was really interesting! We finished our afternoon with a huge buffet. On the way back, Freddy showed us the video of the West Coast Trip of last year. We’re also getting a great video of our Hawaii trip! After we arrived we heard about the sad news of probably the biggest storm of the year that will start this night, but anyways we’ll enjoy and make the best of it!
- Daniel, Italy
- (Finetuner Philine, The Netherlands)
Posted by Unknown at 12:39 AM No comments: